It was that TGOC meal weekend again, at the Snake Inn. Mike Knipe has been over to visit us before when he’s ventured down south for beer and last year he wanted to bag Shutlingsloe whilst here, so we organised a route around the White Peak for him, in beautiful spring weather.

This year, he’d requested a route in the Dark Peak to enable him to bag a couple more tops – Cown Edge and Lantern Pike. As it happens, these are both on a nice route we regularly do from our house, so a plan was hatched.

What wasn’t in the plan was the amount of snow that fell on the Friday. Against all the odds, Mike somehow managed to drive to the Snake Inn in the afternoon, and against even more odds, he then drove over Snake (officially closed) on the Saturday morning and made it to our house.

At around 9 miles, this was going to be a very long walk for Islay. Not only the longest walk she’d ever done, but also a bit of a one off length at the moment for one so young.

Climbing out of Hayfield, the snow was already melting and running down the road. This was a bit of a pattern all day. With the temperature just above freezing, the snow continued to melt and form mini rivers all over the place, but with so much snow around it hardly seemed to make any difference. 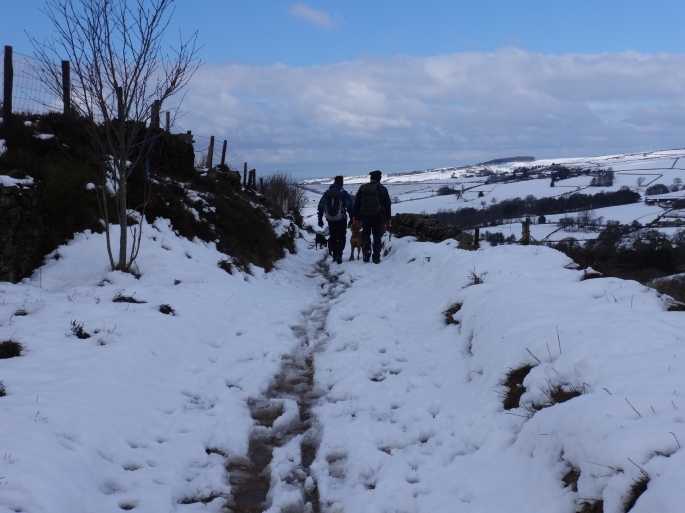 Our route initially went across to Rowarth – a pretty little village at the end of a dead-end road – before taking the path up the nose of Cown Edge ridge. 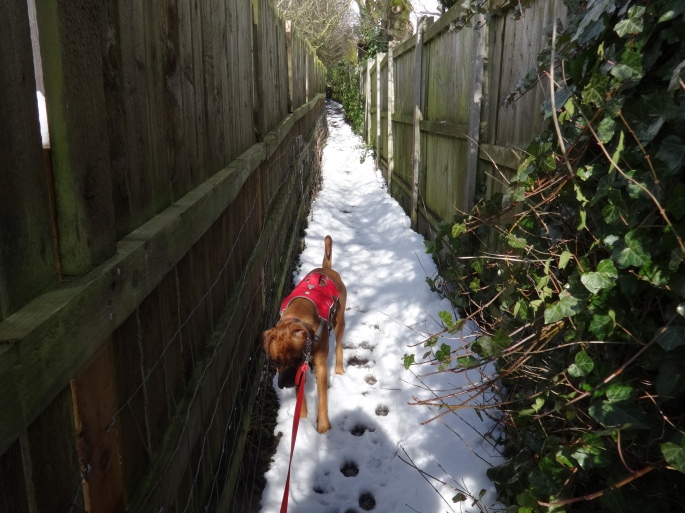 Normally just a steep, grassy plod, the deep, soft snow had turned the climb into a bit of a slippery ordeal.

One step forward, two steps sliding back – it seemed to take forever.

Once on the ridge, it commands wonderful views of the Kinder massif to the east and the Manchester conurbation to the west.

And with all sheep in the area safely moved to lower pastures with the weather, all three dogs had a wonderful, manic charge about for a while.

We wandered along the ridge for a mile or so, before reaching what appeared to be the highest point, with amazing views of Kinder in all its winter glory. 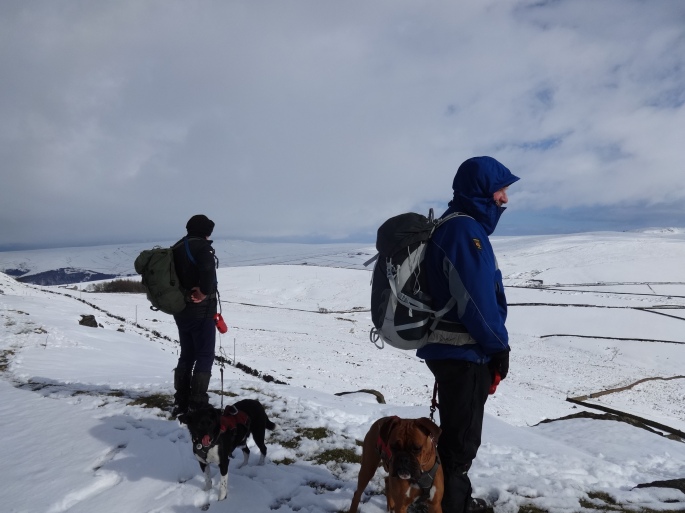 Backtracking along the ridge a short way, our route then dropped down a touch so we could make our way across the fields and over to Lantern Pike. It also transpired that there was another top here we could pick up for Mike, as we were passing very close to Knarrs. As it happens, this little summit is in a field we used to own when I was growing up, living as we did at Knarrs Farm. 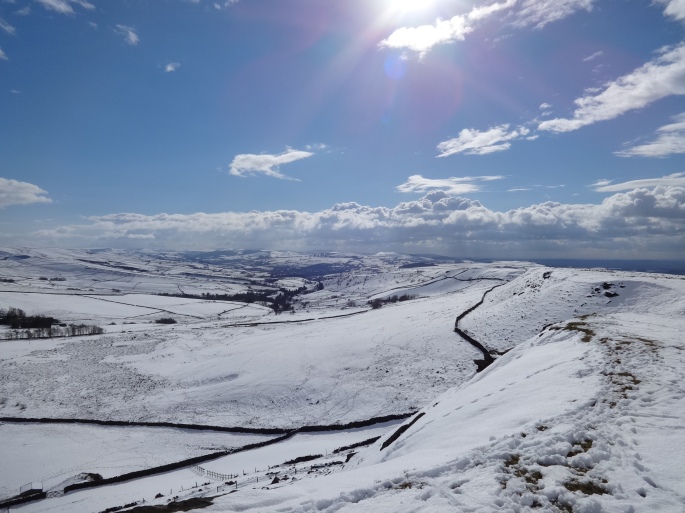 The final top of the day was Lantern Pike. By the time we got there, after 5 hours on the go, I will admit to feeling a bit weary, so Pebbles and I took the track round the bottom and let the others trundle to the top. 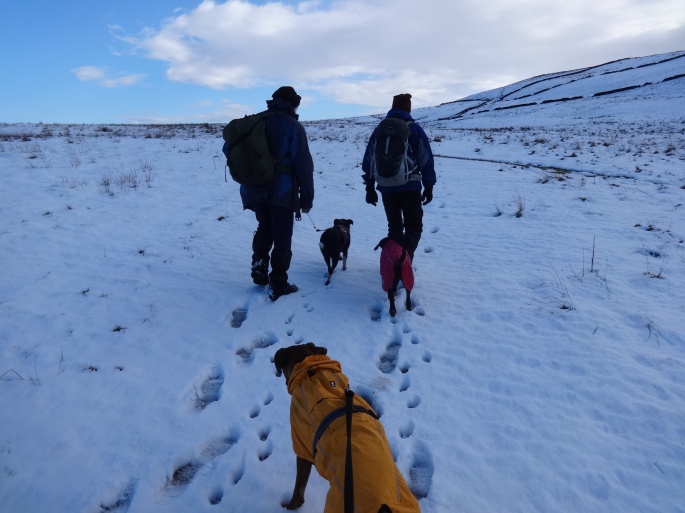 Waiting for them to join us again at the other side, we enjoyed a pleasant five minutes in the now, cold, sunshine. 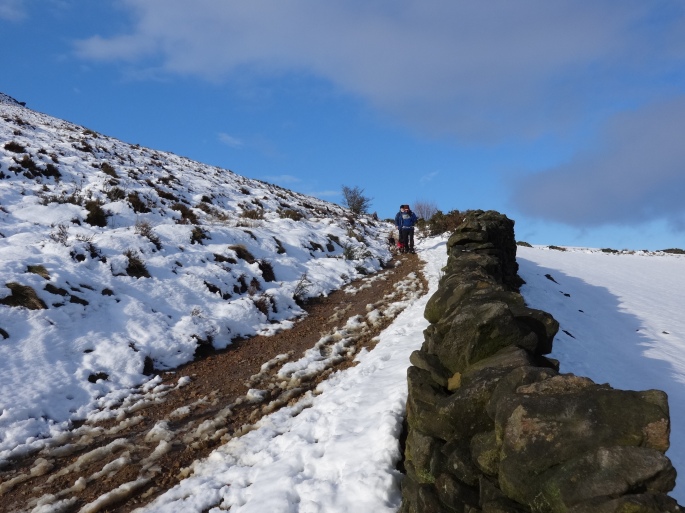 And so, it was now just a thirty minute walk back down to the house, to chocolate chip cookies, cherry flapjack and pints of tea.

It had been a fantastic day out; I’d only fallen over in the snow three times – which was good – and Mike had got to eat his Ginsters pie.

18 thoughts on “Pieman Brings Pie To Peaks In Heavy Snow”