Well, Tilly had her arthroscopy operation on her elbow yesterday and Geoff was allowed to go and pick her up and bring her home again this afternoon. 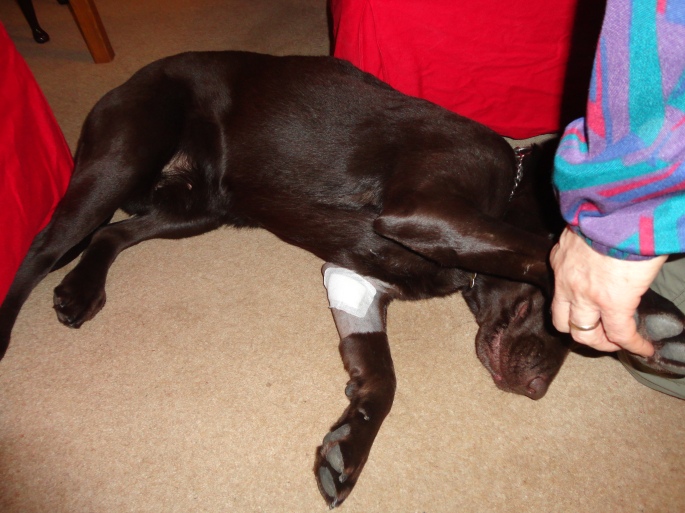 She’s not looking too sorry for herself but is doing quite a lot of wingeing. Since it was keyhole surgery the wound isn’t massive, but she has to take care of herself for a while – and we’ve already had to stop her turbo-charging round the lounge…… 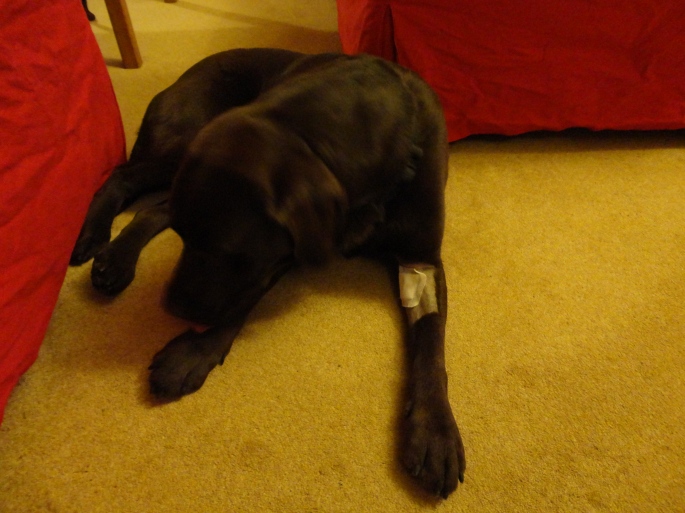 For the first two weeks she’s only allowed three, 5 minute lead walks a day. This will drive her mad! She has so much energy! Her walks can then be increased, until by six weeks, she’s having three, 30 minute walks a day – but still on the lead. At this point, she has to go back to the surgeon for a follow up visit, but hopefully after that she’ll be back to getting fit for the hills. 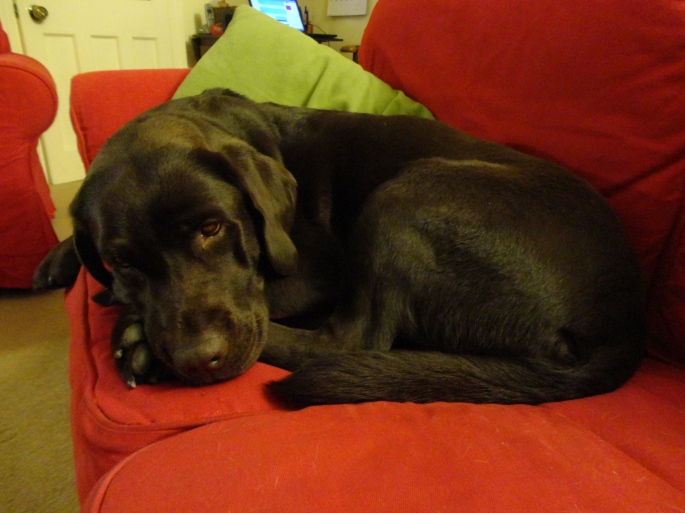 She got some panniers for Christmas, so I’m hoping to do some backpacking with her later in the year. I’ve already heard Dixie giving her some pointers on how to behave in the tent etc and I’m sure she’s looking forward to it. 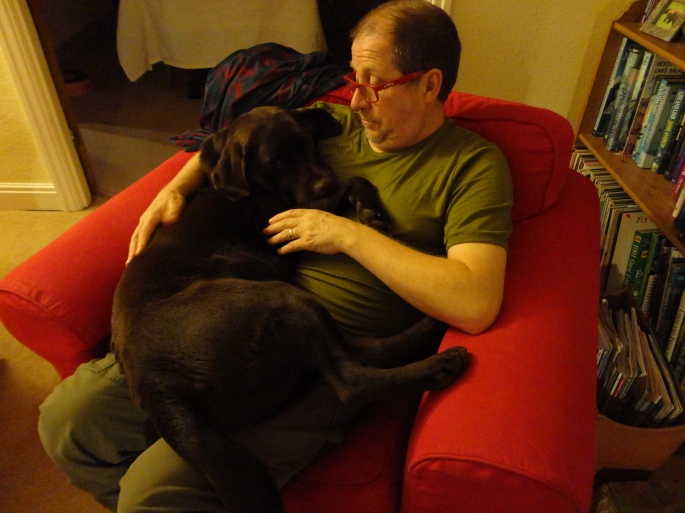